We are coming back to you to complete the Newsletter we sent you a few days ago because additional events have been communicated to us.

But let’s start by correcting the date of the proposed session at the Haumont Spiritual Center in LILLE/MOUVAUX. The date indicated in the introductory letter of the Newsletter you received was incorrect. It is indeed the
Saturday 12 September
as indicated on the agenda that was attached to this one.

Three events have been added to the Agenda that you will find opposite, including the conference that will be given by Jacques ARNOULD, inNIORT, on Thursday, October 3 (8:30 pm) on the theme : What are we looking for in the stars ? 50 years after the first steps on the moon.

Since September 7,
RCF Maguelone Hérault
broadcasts a weekly chronicle on the life and thought of Pierre Teilhard de Chardin, whose title is
« Teilhard Today »
. It will be broadcast, live, every Saturday at 6:15 pm, starting September 7 and until June 2020. If you do not live in the Hérault, you can download the podcast on the RCF Maguelone Hérault website –

THE AGENDA as of September 10

THE  EVENEMENTS  ON  THE  THINK  OF  TEILHARD

NIORT – Thursday, October 3 (8:30 pm)
Conference : What are we looking for in the stars ? 50 years after the first steps on the moon. – Jacques ARNOULD. Download the ad

– PARIS / Saint Roch – J. November 14 (18h30)
Conference : From the Eternal Feminine according to Teilhard to the Gates of Heaven – Christophe GRIPON

– PARIS / Centre Sèvres – V. 29 (14h/21h30) and S. 30 November (9h/18h)
Our annual conference : Rethinking consciousness in the wake of Pierre Teilhard de Chardin .
Download the flyer with the program and the registration form

– PARIS / Sacred Heart Basilica – Me. 22 and Je. January 23rd
Seminar: Teilhard’s answers to the problems encountered by the Church of the XXI
th
century.
ATTENTION, this seminar is reserved to the members of the Association and is exclusively proposed in complete accommodation –

SOME  EVENTS  AROUND  OF  THE  THOUGHT  OF  TEILHARD

– PARIS/ Institute of Orthodox Theology Saint Serge – D. 19 and F. 20 September
University of re-entry : The Church confronted with the crisis . 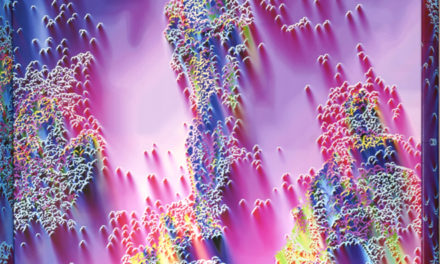