A new book on P. Teilhard by François EUVE s.j. 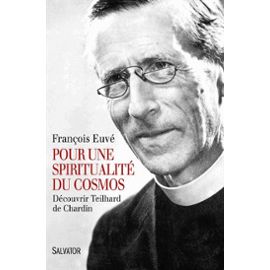 Sixty years after his death, the thinking of Pierre Teilhard de Chardin (1881-1955), Jesuit, paleonthologist and theologian, continues to fascinate, particularly his vision of a cosmic Christ, which is part of a broader reflection on the salvation of the world.