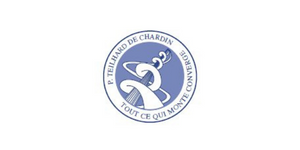 Dear friends,
We are now confined to our home, and probably for a few more weeks…
I propose to use the Newsletter of our network to share excerpts from correspondences of Pierre Teilhard de Chardin. Perhaps you will thus have the impression that Teilhard himself is speaking to you!
Please be assured of my warmest thoughts.
Chantal Amouroux

PS /  Do not hesitate to send me the extracts of correspondences that you prefer, we will be able to share them – chantal.amouroux@teilhard.fr

[…]  The only book I would like to write, that I need to write, would not be the book of China, but ” the book of the Earth”. I would like, finally, to speak as I think, without concern for what is accepted, with the exclusive preoccupation of translating as faithfully as possible what I hear rustling within me like a voice or a song that are not mine, but of the World within me. I would like to express what a man thinks, who having finally broken through the walls and ceilings of small countries, small cliques, small sects, emerges above all these categories, and discovers himself to be a child and a citizen of the Earth. Only the Earth, said Paul Morand in a last book. The four words are better than his entire book. There is a whole range of impressions and passions which combine in what I would like to say: there is first of all the deep joy to feel, thanks to our new perspectives on Life, our being to dilate to the measure of all the past, of all the future, of all the space: the rooting in the Matter, which envelops us, weaves us, joins us, and spiritualizes itself in us This is the Chinese Yu Note, the note of the Whole, bright and beautiful; – then there is anger at the ridiculous disproportion that is manifested everywhere between these perspectives of unity or common search, and the selfish preoccupations of almost all current social constructions. I am too soft, perhaps, or too pure a theoretician to call for an immediate destruction of what exists. But, what I think I perceive very clearly, is that the only natural condition of the human terrestrial layer is a connection, a continuity, which can only be established by breaking down all sorts of old walls. This is the gesture of the Man who wakes up, who stretches, and who takes possession of himself. But, after this exaltation and this first relaxation, I see other rings in the chain of the human impressions: I want to say, the conscience of our imprisonment and the dizziness of our solitude. Have you ever thought how humiliating and painful it is to be placed on a ball? For friendship, it is a precious thing to be able to never go further away than the antipodes. But suppose we leave together, to go further and further. This is not possible. To move away more than a certain point is to come back and get closer. Here, the West fascinates me: but after Turkestan, I would dream of the East. You would not believe how much this year, I have been sensitive to this limitation of our spatial excursions, and how much, also, I have physically felt that the geographical mystery of our Earth was melting like snow in the great summer sun. Already, even in Asia, there are only shreds of the unknown. Thus, at the same time that in the exaltation and the revolt the human layer is tied up, by the same movement, we go towards another awareness which is the one of the thinness of the domain that we thought so big. I think there will be a time when, for men, the Earth will be as if emptied, uninteresting, insufficient; and, at the same time, men, less preoccupied with looking under their feet or arguing among themselves, will look around them, and will be as frightened of feeling alone on Earth as a child waking up in a dark room, in the middle of the night. Feelings of glorious unity and deep weariness, dreams of mastery and escape, aggressive confidence and anguish, how is it that this enormous psychological domain is still as if closed to men who think, desire, love, like Frenchmen, Americans, Chinese, never as men, – that is, as ” terrestrial”. I know I’ll sound like a fool if I write these things. But why ? Are not the wise and the moderate the blind ones. Really, we lead a narrow-minded existence in an environment that would require immense breathing. This is what, in some form, I would like to convey in a book of the Earth. What do you think? […]