A new book on the thought of Teilhard: From my native land to my inner land by Marcel COMBY 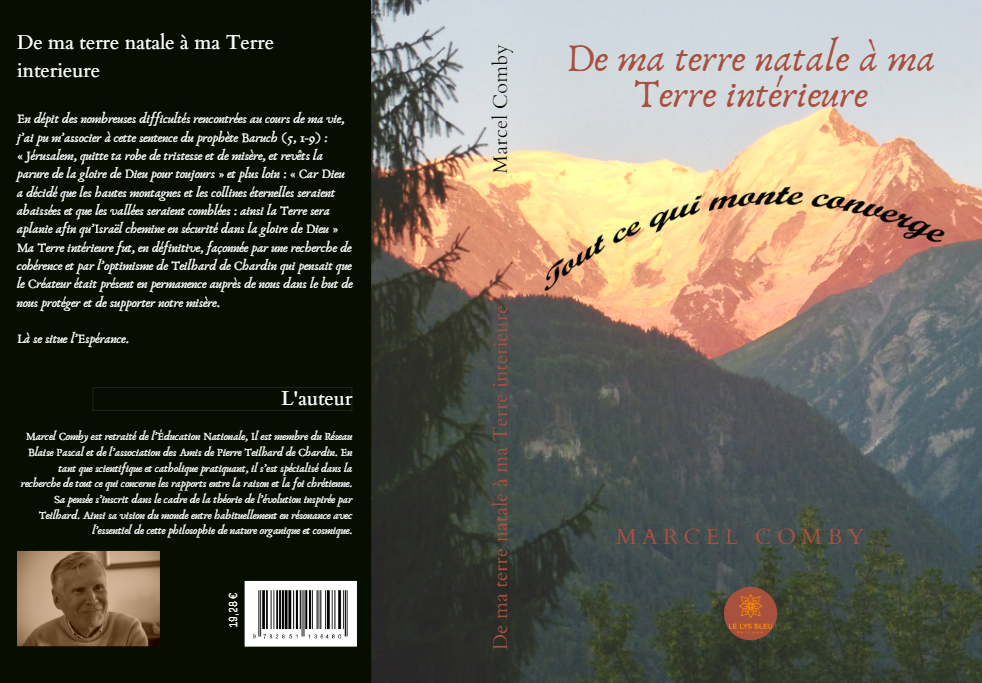 Life’s circumstances give rise either to moments of profound misery, moral or physical, that seem to destroy you inexorably, or to more sublime moments of resilience that make you stronger. If one finally discovers that all this leads to a vision of oneself charged with meaning and transcendence, one will call this sort of metamorphosis an initiatory path.

It is this personal path that I wanted to describe. However, a certain character crept into my inner being later on, I am referring to Teilhard de Chardin, a paleontologist and theologian who died in New York on Easter Day 1955, having left behind him a considerable body of work that was not published until after his death.

Teilhard is a thinker whose life and thought are among the most invigorating and contagious of all time, but sometimes contested. He has a dynamic vision of the Universe, and a particular perception of the truth based, not on mathematical demonstrations or on rigid ideologies, but on a certain coherence of things which constitutes all his apologetics. His philosophy is centered on the concept of evolution which gives meaning to all life and an ultimate convergence towards Christ. I owe him a lot!

This book is available in bookstores.

How to read Teilhard

TEILHARD, half a century…

Introduction to the thought of Pierre Teilhard de Chardin

And if Teilhard was right… ?