Conference given by the American Jesuit Father homas M. King, S.J., in Chanttilly in September 1987, then in New York, in April 1988. Died in 2009, father was a teacher at Georgestown University in Washington and great specialist of Teilhard. This lecture makes the link between the visionary thought of Father Teilhard and L’Abandon à la Providence divine, published in 1861, by the Jesuit Father Jean-Pierre de Caussade, a renowned spiritual master.

What does the name Teilhard evoke today?

Introduction to the spirituality of the Divine Environment 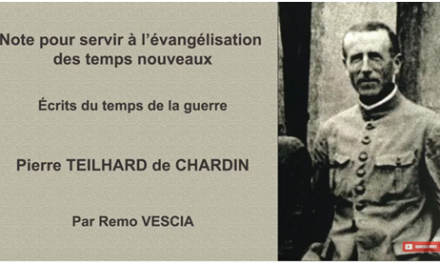