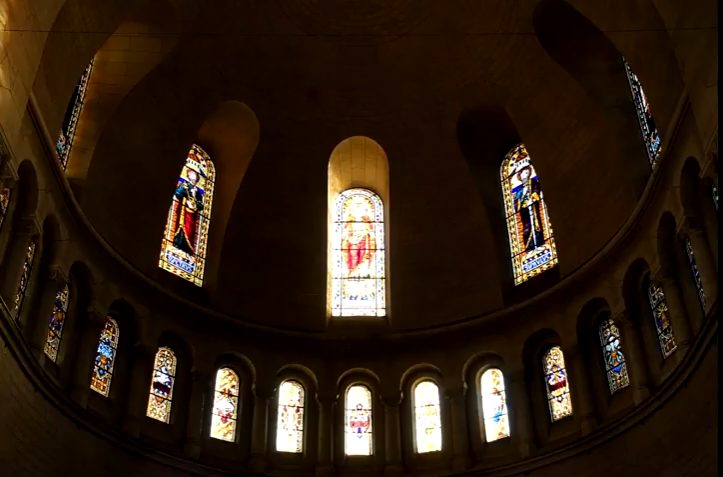 Hymn of the Universe, cantata written by Jean-Christophe ROSAZ, dedicated to Pierre Teilhard de Chardin, premiered by the Jeune Chœur d’Ile de France & l’Orchestre Bel’ Arte under the direction of Pierre-Louis de Laporte, given on January 20, 2018 in the church of Saint François de Sales at  Paris.

To hear excerpts from this recording on YOU TUBE, click here

“Your music is very rich and deep. I really liked it. I especially loved the Hymn of the Universe. I wish you all the best, and maybe one day I will have the opportunity to conduct one of your works. ” Silvia Tabor, Artistic Director and conductor of the Intercultural Orchestra of Montreal.

“I was struck by the fluidity of your music …. I am enchanted by its sacredness which exalts the beauty of the world… I like this music which expresses the sacred… Your music is close to the prayer… Perhaps because you know how to associate it with sacred texts in sacred places… Perhaps also because you often call upon the human voice, in different languages – music makes all language transparent to praise the Creator! Thus the human voice is not only associated as a musical instrument but as an essential component of creation, integrated, exalted to sing the gift of God… Your Cantata is part of your journey, your research, always in progress, in this exaltation of spirituality – all Franciscan – that you have retained from Teilhard’s writings. I was deeply touched by this… Best wishes to you, wonderful original dispenser of beautiful sacred music”. Remo VESCIA

“Thank you very much for sending me the recording of your composition which I really enjoyed.” Hilaire GIRON President of the Association of Friends of Pierre Teilhard de Chardin.

“I very much appreciated your Cantata in homage to Teilhard de Chardin. I place it on the same level as Olivier Messiaen’s compositions and in a similar genre. I just listened to your Cantata again and my first impression is reinforced, deepened. The sculptural, mineral and geometric side is erected  in a “breath” of spirituality. I would not be surprised if this work became a great “classic”. Jean-Pierre Frésafond President of the Association Lyonnaise Pierre Teilhard de CHARDIN.

“I was thrilled to hear Teilhard’s words expressed with such passion by singers and musicians so closely united. It was a ‘noospheric’ moment of beauty where the universal soul was present.”  Chantal AMOUROUX General Secretary of the Association of Friends of Pierre Teilhard de Chardin.

“Thank you for this very beautiful and exciting piece of music! Teilhard once “confessed” that he would have preferred to be Wagner’s shadow rather than Darwin’s! He must have smiled with ease in the Light…” Marie-Jeanne COUTAGNE, Doctor of Philosophy, member of the Council of the Teilhard de Chardin Foundation

“Thank you for these echoes of a thought that has not finished widening our gaze!” Thierry MAGNIN doctor in physical sciences and doctor in theology, rector of the Catholic University of Lyon

“Congratulations on your beautiful and powerful cantata  and crystalline, so pure as living water – the water of eternal life – and so warm as the Love that springs from the heart of creation. We heard the vibrations of the Earth and we were seized, drawn by the radiance of the Divine Environment. Thank you to its creator for having given us the opportunity to participate in the creation of this splendid musical work dedicated to Father Teilhard de Chardin. Dominique VANDIER

“Thank you and a big Bravo to you for this unusual composition, original, of a metaphysical scope quite successful that carries us away…! The texts of Father Teilhard (well chosen) induce a meditation on our own essence (Spirit and Matter) very well supported by your music, especially certain effects that create emotion…perhaps to help us touch “the Essential”, the Divine in us… nice perspective sought by all the mystics of the world…!” Richard BOUDARHAM conductor

“I just wanted to say congratulations. I found the 2nd movement particularly interesting thanks to the colors and the superposition of the different planes. Very nice atmospheres in the 3rd and 4th movements with a very original use of strings in relevant playing modes. I wish you a very nice continuation of this work which without any doubt will make its way.” Claire COUIC violin