Maryse CHOISY converted to Catholicism after meeting Pierre Teilhard in 1939 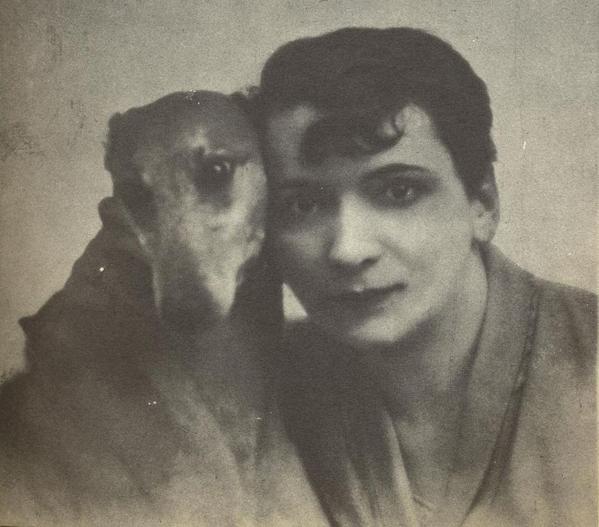 Maryse Choisy (1903-1979), journalist and novelist, tried her hand at all kinds of careers to tell the heart of the Roaring Twenties. She converted to Catholicism after meeting Pierre Teilhard de Chardin in 1939…

Opposite the article from the POINT of May 28, 2015, published by Clément Pétreault

A feather in the brothel

Maryse Choisy, journalist and novelist of renown, has tried her hand at every career to tell the heart of the Roaring Twenties.

Her taste for non-conformism led her to make it her profession. Maryse Choisy was a tamer in a fairground menagerie, a ballroom dancer in a lesbian bar or a palmist. The renowned journalist and novelist has tried her hand at every career to tell the heart of the Roaring Twenties. A patient of a certain Sigmund Freud, she wrote, among other provocations, A month among the girls, a fascinating investigation behind the curtains of the Parisian brothels of the 1930s. Taxed with “pornographic shamelessness”, the work was a resounding success: 450,000 copies sold. Excerpt: “An excellent customer is the timekeeper. (…) He is as exact as death and as the military. He is the civil servant of love. He makes love cleanly, correctly, regularly, according to the accepted routine. He is a good specimen of the average Frenchman. He goes to mass every Sunday, to the brothel once a week and to confession immediately afterwards. His biggest concern: not being run over by a cab between the claque and the confessor.”

Even the greatest provocateurs eventually tire of the scandal. Maryse Choisy disowned her work in 1939. After meeting the Jesuit priest Pierre Teilhard de Chardin, she suddenly converted to Catholicism. She had her works withdrawn from the trade and spent the rest of her life buying them back to try to make them forgotten… In vain.