Our ASSOCIATION ,  in partnership with the FACULTÉS JÉSUITES DE PARIS and  UP FOR HUMANNESS is organizing a conference on the theme :


Rethinking consciousness in the wake of Pierre Teilhard de Chardin

Since the Enlightenment, the conscience has left the status of simple moral law framed by religions, to become a philosophical, scientific and then psychoanalytical subject through the unconscious.
The new advances in neuroscience, enriched in particular by quantum physics, allow us to progress even further in our understanding of it and encourage us to  “rethink consciousness”.
This exploration of the XXIst century brings, to the intuitions of the Jesuit Pierre Teilhard de Chardin, a new resonance on the origin, the place and the limits of the consciousness in the evolution of our humanity.

The exhibition
” Meet Pierre Teilhard de Chardin “
will also be on display at the Centre Sèvres from November 28 to December 14. 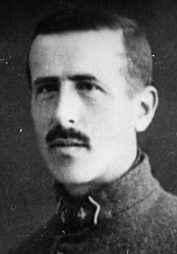 Teilhard in the Great War