THE MASS ON THE CONFINED WORLD OF “PADRE JORGE 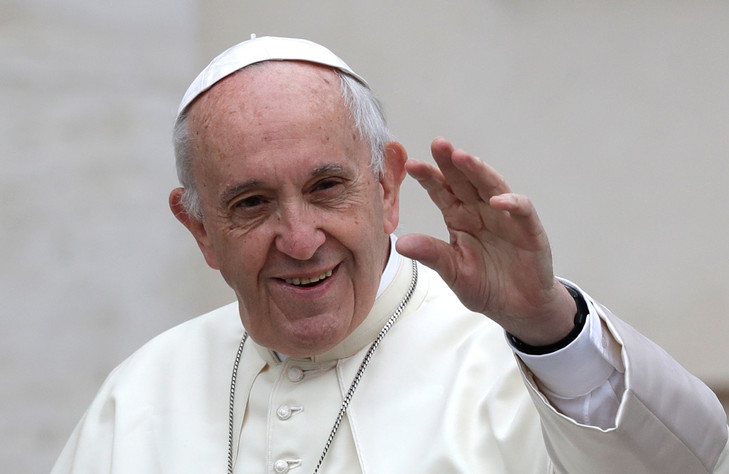 Michel COOL, journalist and writer, producer at France Culture, establishes a remarkable parallel between the mass said every Martin by Pope Francis and broadcast on KTO
(link to the mass of May 8, 2020)
during this particular period of confinement, and La Mass on the World from Pierre Teilhard de Chardin s.j..

Click on “Read more” to read the article by Michel COOL :


THE MASS ON THE CONFINED WORLD OF “PADRE JORGE

Since mid-March, millions of viewers confined around the world to escape Covid-19 have been watching, live or recorded, on their television or computer, the daily Mass celebrated each morning by Pope Francis in the chapel of the Residence of Saint Martha in the Vatican. This broadcasting, desired by the Pope, allows him to keep a link with the faithful: the “holy people of God’s faithful” has always been the motivation and joy of Jorge Bergoglio in his activities as a priest, bishop and then as Pope. If, from the day of his election, he preferred to live in a small apartment in the Vatican’s hotel residence rather than in the traditional pontifical lodgings, recalls his biographer Austen Ivereigh*, it was not to flee from comfort, but from the isolation that characterized the pontificate of his predecessor.

Alone at the altar as a simple priest

According to estimates, fifteen million Italians attend this mass, which is usually celebrated without cameras and in front of hand-picked guests. The management of KTO, which also broadcasts on the Internet, estimates the number of French-speaking participants in this worldwide virtual parish of Pope Francis to be between 3 and 4 million. The fact that a pope can enjoy such a considerable proximity and audience, for several weeks at a time, is unique in history.

This is not the first time that a pope has imposed himself on the screen as the “priest of the planet”. A tireless globetrotter with an innate sense of communication and showmanship, John Paul II was a precursor of the “cathode” era of the papacy. He attracted huge crowds on all five continents: for a long time, he held the record of having celebrated the largest Mass of all time, in 1995, before 5 million Filipinos in Manila. This feat was beaten in the same capital, twenty years later, by Francis when he gathered in January 2015, more than 6 million faithful, despite a driving tropical rain.

The victims are “Sacred Lands”.

The televised images of St. Martha’s have another great impact: they reveal to millions of astonished and seduced viewers, according to a constantly increasing audience, a Francis alone at the altar, as a simple priest and without ceremony. They listen to his homilies said with a consummate art of improvisation. The pope prepared them just after his morning rise, meditating on the day’s liturgy. A work of goldsmith that he has been practicing since he entered the Jesuits 62 years ago. In front of an assembly limited to his entourage, Francis preached while leafing through his lectionary, seeming to forget the camera. In the familiar conversational tone recommended by his model, Paul VI, Francis sets out his message, his fixed ideas: mercy, love for the poor, dialogue, conversion to the Gospel, coherence of life, missionary creativity. At the Eucharist, he invites viewers to unite themselves to Christ by saying a prayer: this “spiritual communion” is usually reserved for the elderly, the sick, or divorced persons who have remarried and cannot receive the host. The mass ends with the blessing of the audience with a monstrance.

During one of these Masses, Francis called for prudence and obedience from the episcopates who, upon hearing of the de-confinement prepared by several European countries, wanted to reopen the churches for Sunday worship as soon as possible. This intervention had the effect of a Scottish shower on the most impatient Catholics. How to interpret it? An anecdote from the time of his episcopate in Argentina, recounted by his biographer, sheds light on Pope Francis’ vision of worship. During a requiem mass for the victims of a fire in a dance hall in Buenos Aires, the archbishop surprised the audience by interrupting the mass, leaving the altar, to go and console a grieving mother screaming her pain…

The Pope has not changed his style or his preoccupations since the time when the Portenos (the city dwellers of Buenos Aires) and the inhabitants of the bibonvilles (the villas miseras) that he visited every Sunday simply called him “Padre Jorge”: the victims of disease, injustice or violence, he insists in “The Joy of the Gospel”, the programmatic text of his pontificate, are like “sacred lands before which we kneel”. For him, the Church is “a field hospital” serving the most vulnerable, not a church campaigning for itself. Faced with the risk of a resurgence of the Covid 19 pandemic, Pope Francis remains steadfast in the course of a Church “on the move”, unconfined by its own interests and in empathy with the world.

In a famous essay entitled “The Mass on the World “**, the French Jesuit and paleontologist Pierre Teilhard de Chardin, had developed an inclusive vision of the Eucharist, encompassing the cosmos and all peoples: “I, your priest, will offer you, on the altar of the whole Earth, the work and the sorrow of the World,” he wrote. A keen reader of Teilhard, Francis dedicates each Mass at Saint Martha’s to the various protagonists of the health crisis: the sick, the caregivers, the government officials, the anonymous people of solidarity, etc. He thus expands the small space of the celebration to the dimensions of the world.

Francis, or “Padre Jorge”, discovered by millions of viewers riveted to their television or electronic screens, thus says Mass every morning to a confined humanity. 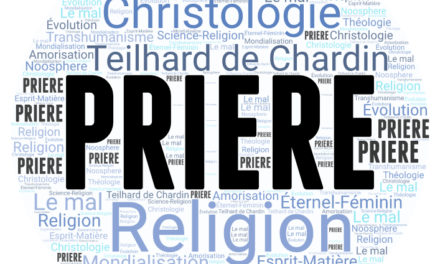 The Mass on the world of P Teilhard de Chardin